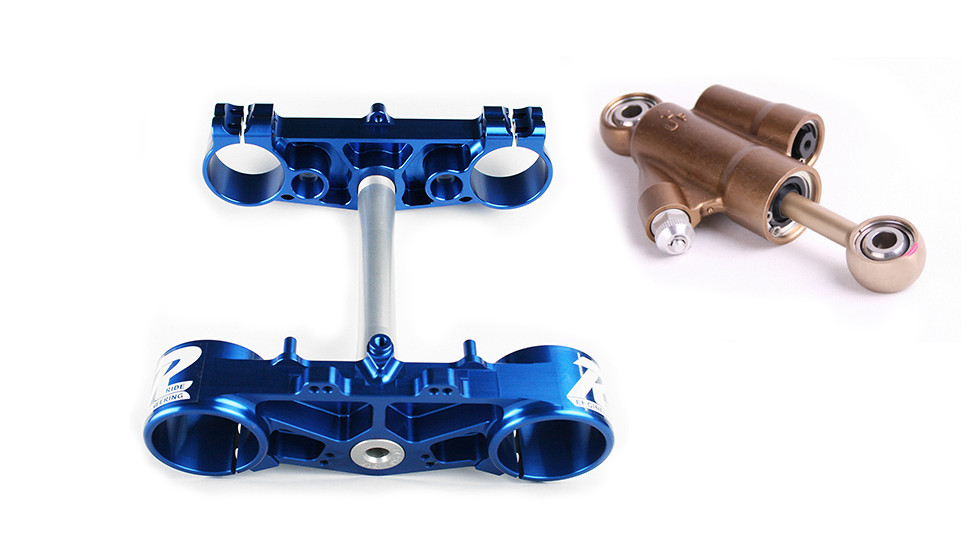 I recently ended up with a newer model YZ250, in part due to a desire for the higher-quality KYB SSS suspension they're equipped with. Even though the suspension has a great feel, the overall handling still left me a bit wanting. One particular area that I found unsettling was a startling level of headshake. This would most often occur when transitioning from being on the throttle, to braking into a corner or a braking section. How bad was it? I even contemplated selling it and buying a new '16 YZ250F to get that planted, predictable front end feel. Instead, I opted to find a cure that didn't require new bike level of coin. First, I swapped the fork springs for a set that better matched my weight. Also, my research uncovered that some riders were having good luck with a Honda steering damper found on the late model CRFs. A lot of people have adapted these to help eliminate that head twitch, plus inspire confidence in rough sections and corners. When I called Ride Engineering to find out more, I discovered that the OEM clamps on my bike lacked the material needed in order to mount the bracket kit that Ride Engineering makes. Instead, they suggested their clamp setup that comes with a mount set up for the HPSD. I took a shot at this to see if it would resolve my front end uncertainties with my otherwise perfect YZ250! 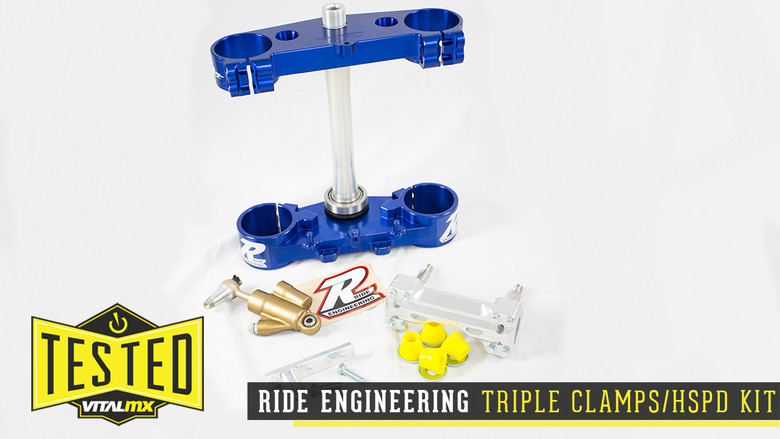 Unpacking any fresh triple clamps gives me butterflies, and these clamps/bracket kit from Ride were no exception. In my opinion, Ride sets the bar in the industry for what a quality product should look and feel like. While installing the rubber-mounted bushings and steering damper, I was getting anxious to see how much of an improvement I would notice. I also went from the stock 25mm offset, to the Ride Engineering 23.5mm offset. Before I could swing a leg over the bike for some much anticipated testing, we had to get the clamps on, steering damper bracket mounted, and the bike back together. 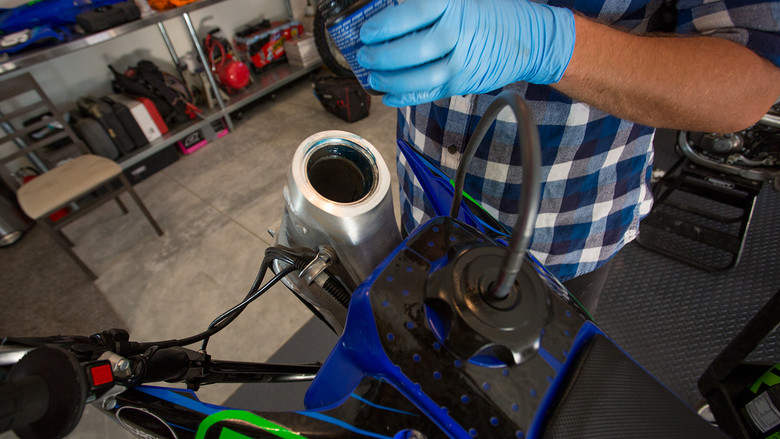 I headed over to my buddy’s shop, MX Revival, in order to get working on the bike. Although the parts are top-notch quality, the directions that came with the kit were rather generic. I’m assuming this is done to accommodate multiple applications with the same set of directions, but this could leave some riders with unanswered questions. Since this install requires drilling mounting holes into your frame (on the front portion of the head tube) for the HPSD bracket kit, we decided to make a short install and how-to video for others who may not be as mechanically inclined, since I share this same shortcoming. The install was fairly straightforward, but it might be good to note that the parts listed above didn't come with an upper race/bearing for the steering stem. It might be wise to have a spare tap on hand, since we accidentally broke our first one while tapping the bracket mounting holes. Of course, be sure to thoroughly grease all the bearings upon reinstallation, and use suggested torque measurements. We also found it helpful to have a vacuum while tapping the frame to keep metal scraps off the floor. The list of tools and process for install, plus any other tips are noted on the install video below. This install could take as little as an hour-and-a-half, depending on your mechanical ability.

As I mentioned earlier, if I couldn’t find a way to address the unsettling headshake issue on my '13 YZ250, I was considering buying a new YZ250F. Let’s just say after my first session out with the Ride Engineering shorter offset and HPSD setup, I will no longer be needing a new 250F anytime soon! This is the single most transformative mod I’ve experienced on my YZ250. It rivals right up there with running a Rekluse auto-clutch for singletrack! So let’s first focus on the clamps themselves. The most obvious improvements were around turn in when going into sandy, rutted, or even tight singletrack corners. My YZ now turned without hesitation and that has allowed me to improve my corner speed substantially, especially on the track. Having the ability to adjust the offset of the handlebars by 3mm front to back was also an added luxury and I found that I liked having the bars set closest to me due to my height and build. The feedback in the grips was also night and day. No longer did it feel like I was hitting angled two-by-fours when going through chop, and having to hold on to keep the bars from swapping. Now, the bike was very planted and predictable, along with a smoother/softer feel I attributed to the soft compound bar mount bushings installed with the clamp kit. The stock YZ clamp is a solid mount, and you can tell while riding a rough track by how much vibration and feedback you feel in your hands, especially on a two-stroke when compared to a four-stroke. This feeling is almost completely gone with the rubber-mounted bushing set and HPSD setup from Ride. 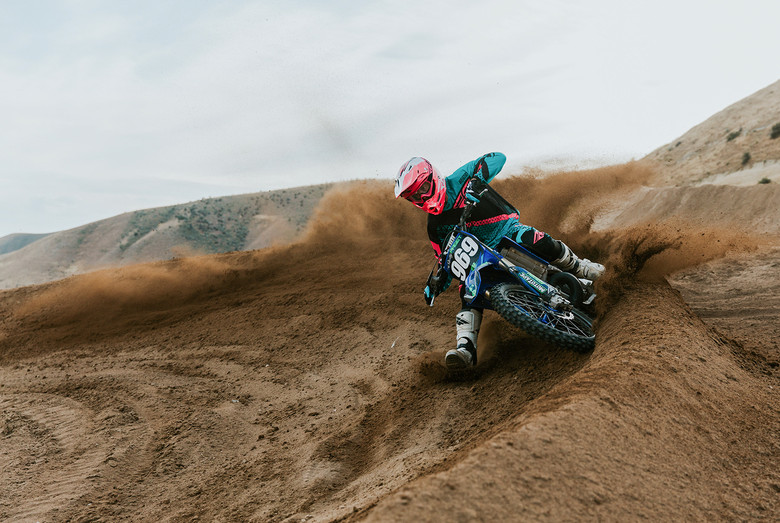 Next, I want to touch on the HPSD that's mounted to the Ride Engineering clamps using their unique bracket system. Now be warned, if you’re looking for a full-on, heavy-duty desert racing style steering damper, then this isn’t it. This style “damper” is more along the lines of a slight drag feel on the steering. There’s actually no effect on the steering for five degrees on either side from dead center. Then you get slight drag  that helps just enough to mitigate those headshake jitters. Even though the damping effect is very subtle on the steering action, it still made a drastic difference and allowed me to charge harder into corners with less death grip on my handlebars. When charging into choppy sections, the front end just seems to be smooth and very confidence-inspiring, with everything seeming to slow down a bit. This stability further inspired me upon entry and exit of rough sections, and on long fast sections, where I usually would be timid while touching down here and there with the front end while going through the whooped out straight. With the damper, I could loosen my grip a bit and feel better about the front end not throwing any surprises my way. 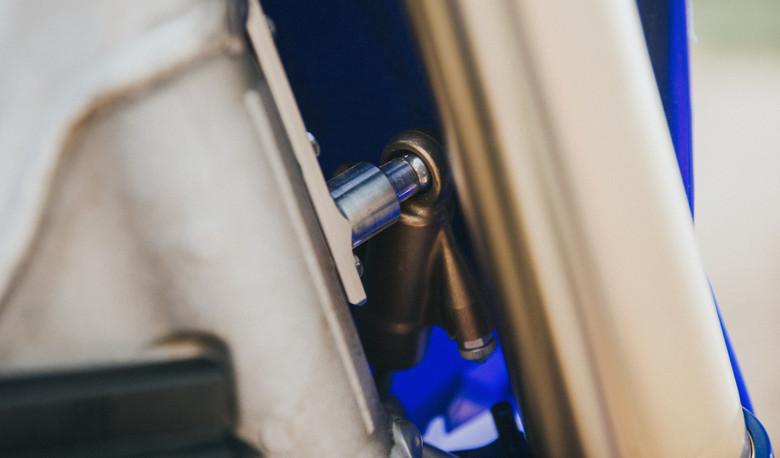 The HPSD comes in two sizes; a 20mm and a 24mm. I used a 20mm for this test, though the 24mm option might be more enticing for an off-road enthusiast vs. someone like myself, who primarily rides tracks, with an occasional trail detour. The HPSD weighs in at only 6.9 ounces and offers up to 20 clicks of minimal adjustment. You can purchase these dampers from a Honda dealer, Ride Engineering, and many other secondhand online stores.

It’s rare to see a set of clamps fail, especially ones made with the quality that Ride Engineering offers. This kit has been no different and the clamps look flawless after my months of use, along with the bump stops that seem fine after some bar slap tip-overs. The HSPD has held up great thus far, and even if you have issues with these, they can be rebuilt. The clamps, bracket, and HPSD all seem very durable and well-made, so I don’t see myself worrying about any of these components anytime soon. 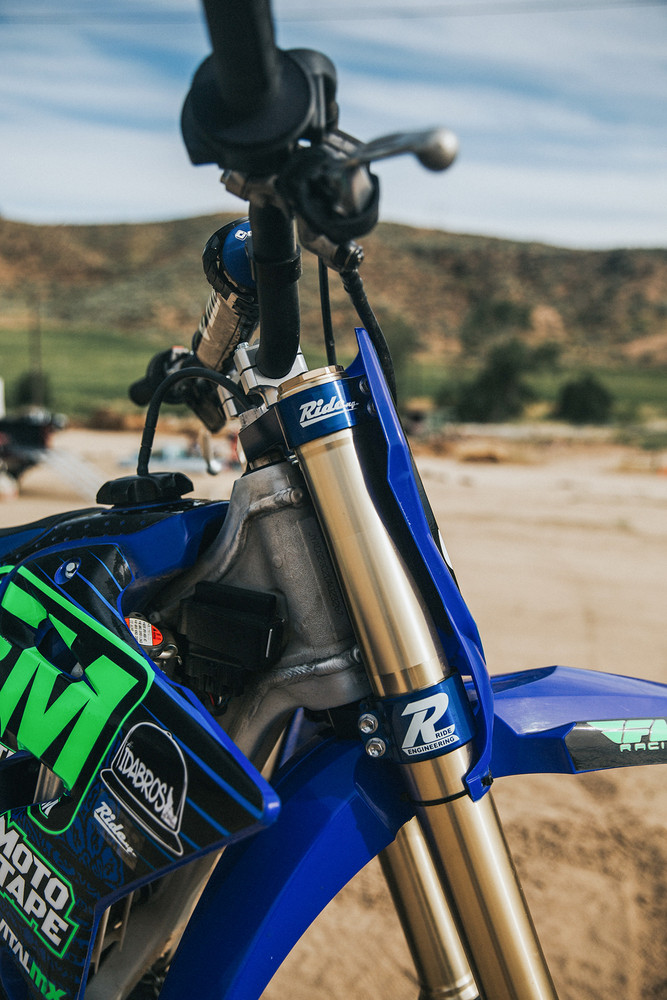 I was eager to see if this setup could live up to the hype that I’d read about, seen online and heard from the folks over at Ride Engineering. After testing and riding with the kit it was clear that from the first few laps out on the track and trails, that this setup is exactly what my YZ250 needed in order to refuel my obsession with this amazing two-stroke! If you’re currently experiencing any of the twitchy headshake issues that I’d described, and spend a good amount of your time out on the tracks and trails with your bike, then I highly suggest looking towards this setup as you won’t be disappointed. Plus, you’ll have a rad unique looking setup that makes it a shame to cover up with a front number plate! 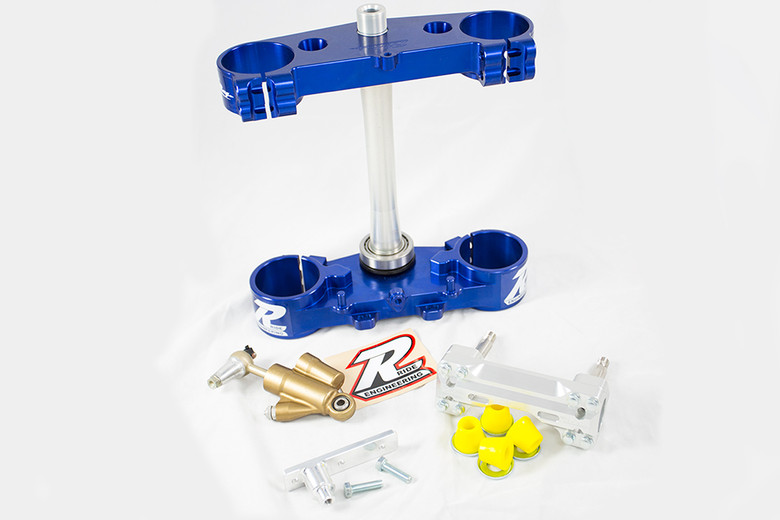 While the overall performance of the combination was above what I expected, the near-$1000 total price tag and need to drill the frame pulls us back just a bit from the perfect rating. But trust us, the performance is on point. For more information on triple clamp and HPSD options, hit up Ride-Engineering.com.

Test rider, Shelby Paget, sat down and recorded his thoughts for those that want to hear a little more directly from the person behind the review.

About the Test Rider

Shelby Paget - is a ginger that has been rockin' two wheels since he was three years old. Growing up riding singletrack and trails in the hills of NorCal with his brother and Dad until he got his first taste of the Motocross Racing scene at 14. He's been hooked ever since! Whether he's working on looking better than he really is for the camera or doing cartwheels down the straights, he's always looking forward to getting back on two wheels whenever he gets the chance. This 5'11", 150 pound ginger will be riding as long as he has a wrist to twist!

Product
Ride Engineering Triple Clamps/with HPSD Kit
Miscellaneous
Ride Engineering is the first company to offer a way to mount the Showa steering stabilizer onto another brand.
Review This Product
What do you think?
To add review, please join, log in or connect to Vital using your Facebook profile Login with Facebook.
Triple Clamps & Bar Mounts 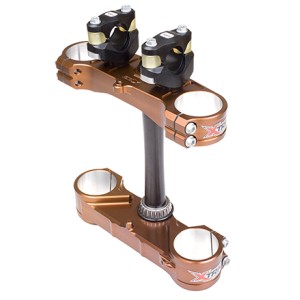 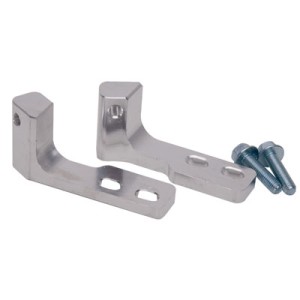 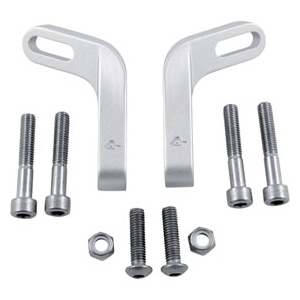 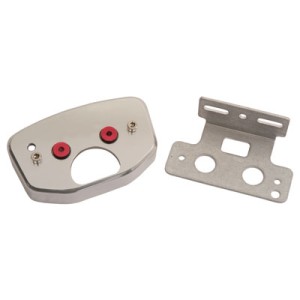 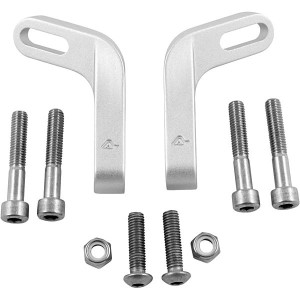