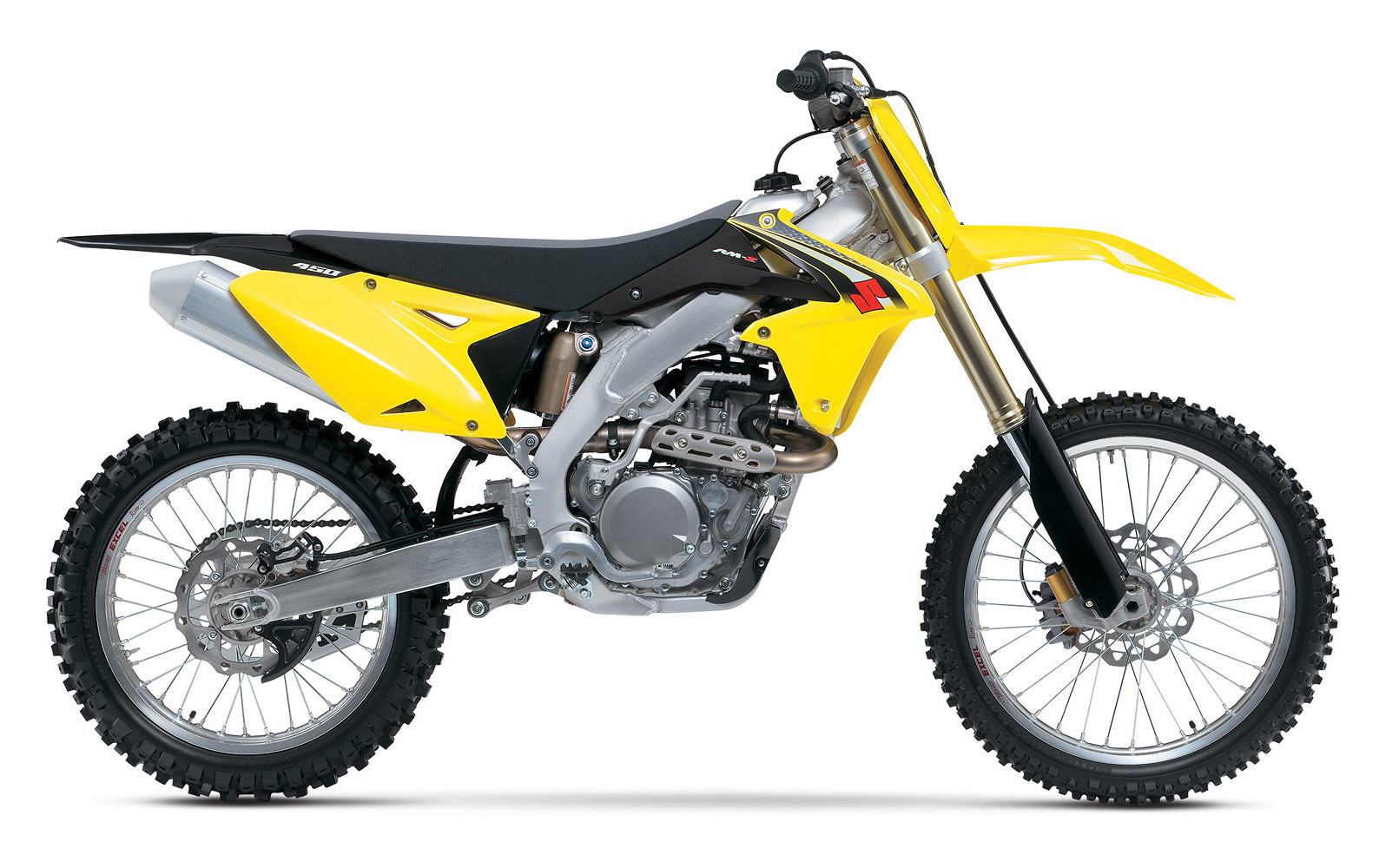 Suzuki's RM-Z450 has become the veteran of the 450 class due to its year-after-years of updates and revisions to the base design. 2016 continues this path and offers up a bike that has been refined even more. Check out our thoughts on the 2016 Suzuki RM-Z450. 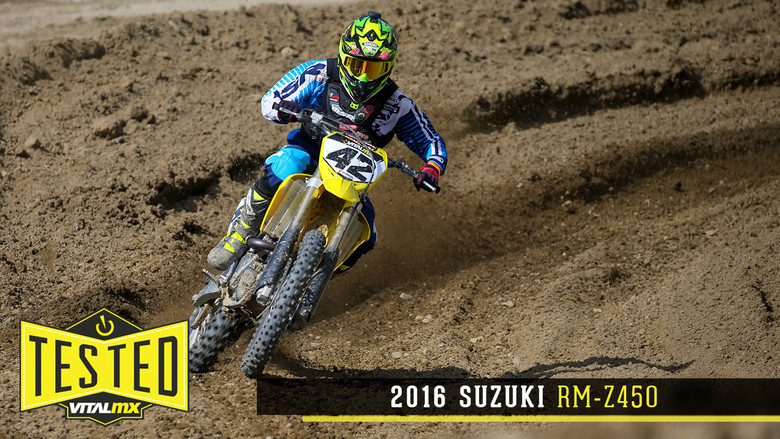 Looking for a few opinions on the 2016 Suzuki RM-Z450? Then you've come to the right place. Below you'll find five different test rider's opinions from this year's 450 Shootout on the bike that has been labeled "the best turning 450" for many years. In 2016, the RM-Z450 didn't gain many improvements, but built upon a host of changes from the 2015 model. So does this Suzuki live up to its reputation? Scroll down and find out what everyone thought after spending the day with the RM-Z. 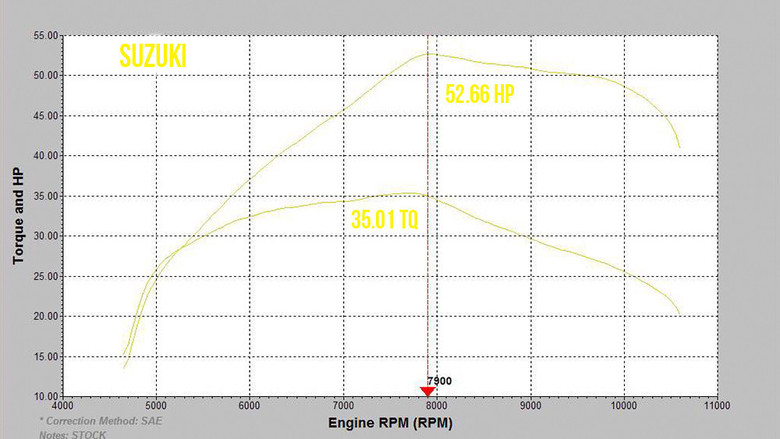 While this bike looks the same as the 2008 model, it's quite a bit different under that nine-year-old plastic. One of the most major changes was actually a new frame introduced in 2015, which has really improved the overall balance and feel that the bike gives back to the rider. As usual, the Suzuki can make most of us feel like heroes in the corners. The bike gives off great confidence as the front end just feels so planted at any lean angle when entering corners. A large downside, which became more obvious this year than ever, is the weight and feel of the bike. With three of its competitors going through some major weight reduction in the past year, it really leaves Suzuki feeling like the tank in this class.

The RM-Z engine is fairly broad, and is actually fairly competitive with the other bikes in its class on a dyno, but just feels a bit lacking once underway. The response seems to be there, just not the grunt to match it at times.

As for the suspension, Suzuki gained Showa's SFF TAC fork in 2015, but didn't update it in 2016. The fork can be a bit of a struggle, as I feel a heavy combination of air pressure and the bike's balance needs to be changed to improve the action of the fork. In my case, I'm pushing the forks out farther in the clamps and lowering the sag to about 107mm to get some weight off the front. Then it doesn't dive so hard under braking and allows me to carve the bike through corners without it trying to climb out of the inside.

Suzuki's stock bars are also steadily falling further down my dislike list. For me, the low, unusually-swept bars, along with the tall feeling rear really doesn't give me enough confidence to move around on the bike as I'd like. Overall, Suzuki has made some great changes over the years but the bike needs to now shed some weight, and either improve the fork action or maybe tweak the balance of the bike some more. Also, a larger brake rotor would be nice, as the Suzuki is the only 450 model left with a rotor under 260mm, at 240mm.

The RM-Z is a very good bike, and for anyone who wants to feel like a hero on a turn track, it's the obvious choice. But it does lack in a few areas compared to the three bikes I picked ahead of it. First, I wanted a little more power out of the bike down low, especially with the stock ignition coupler, where I felt I had to clutch the bike on occasion to get up into the meat of the power. Once we changed to the more aggressive coupler, the low-end power improved but I still felt it was a little tame, not as fun and inspiring as the blue, green, or orange bike. 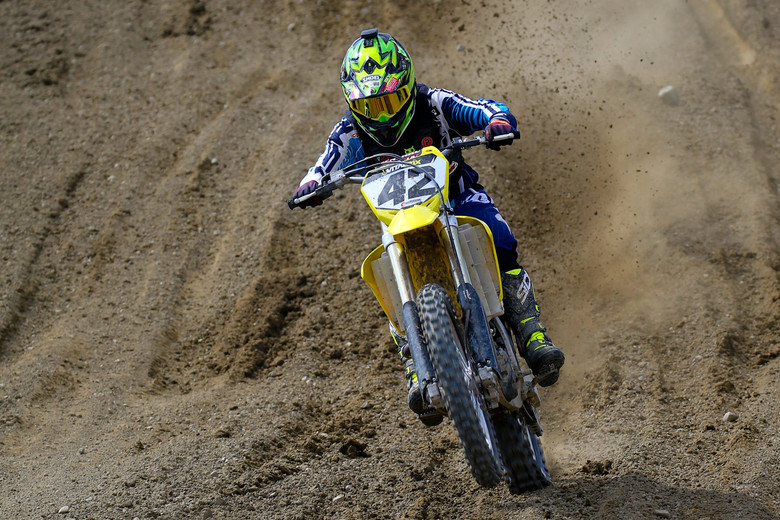 Another squabble I had was the effort it took to steer with the rear of the bike, as I didn't feel it was as easy to throw the back end around a corner. Although, the Suzuki settles and tracks through ruts with the front end very well. Personally, I like to corner more with the rear of a bike, or at least have a very settled, squatted rear end. This is probably why I noticed the cornering characteristics a little more than somebody else might. In that same vein, the rear of the bike felt a little less stable than the other bikes. Though it never really kicked me, it gave the sensation that it may lift or step out over braking bumps or sharp chop. We worked to get the shock to settle down, making adjustments to get it to squat more, which definitely helped as the track became rougher later in the day. Another feature of the bike that took a little getting used to for me, which is again probably more a personal preference, is that I felt like I was sitting more on top of the bike compared to the other brands, giving a slight stink-bug feel to the bike. Overall, I did enjoy the RM-Z, but I feel that it needs a little more work than the other bikes to really dial it in and be a competitor.

The Suzuki was the biggest shock to me this year. Due to the other bikes going on diets, I really noticed how heavy this bike feels in comparison. Starting with the engine, it was a little too smooth for my liking with the stock coupler. Because of this, I really preferred the lean coupler as it made the bottom-end much more aggressive with a little compromise on top. Considering I tend to short shift quite a bit, this worked well for me to get me into the next gear faster and feel like I had more punch when I needed it. 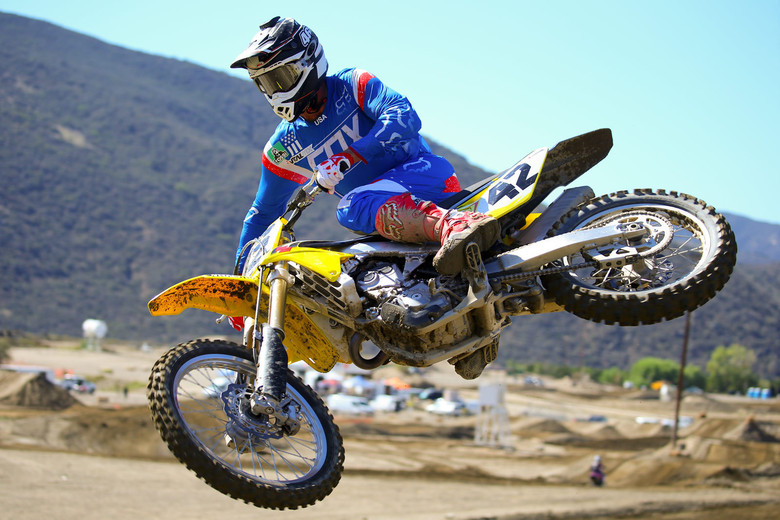 In cornering, I still feel like the Suzuki has this nailed withe a front end that feels every planted on corner entry. I ran 174 psi on the inner chamber, 188 on the bottom, with the outer set at zero. On the rear, I ran the sag at 105mm, high-speed compression a quarter turn out, and the rebound one click slower. This setup worked well to get me through the day, and settle the rear of the bike down, but the forks still didn't feel quite right and need some further attention to get my full confidence in them.

As with some of the bikes, the bars were not not great with my style and caused a bit of a struggle at times. While the Suzuki is a solid performer and does a good job in most of the categories, it's time for it to go on a diet and maybe get a bit more performance from the engine.

I'd never actually ridden a Suzuki RM-Z450 before, but I can understand why people are saying the bike feels outdated. The Suzuki definitely felt like it was the heaviest bike out of all the manufacturers, which had its pros and cons. While I did feel the effects of the weight towards the end of a long moto, as I didn't feel as comfortable scrubbing and making last minute corrections with this bike, it felt very planted entering corners and I never felt like the bike wanted to wander off at any point.

As for the suspension, I did notice the shock packing pretty excessively and getting too deep into the stroke, which we fixed by speeding up the rebound a couple clicks. As for the engine, I was really wishing the Suzuki had a bit more punch. Even though the Honda is shown as being down on the power, the Suzuki doesn't feel as responsive. Because of this, I had to make sure I was in the correct gear at all times, or I'd find myself punishing the clutch to compensate and get over obstacles. Overall, Suzuki could really make its way up the charts if it was a bit lighter, and had more responsive and usable power.

Starting off, old yellow yeller is still an all-around decent bike. But for the first time, I can finally say this bike feels old to me. The biggest reason behind this is not only the looks, but the overall feeling of the bike. It starting to feel a bit heavy and the characteristics have been nearly the same year-after-year. Yes, the Suzuki turns great, but quite a few have caught it in this regard, all while making improvements elsewhere. 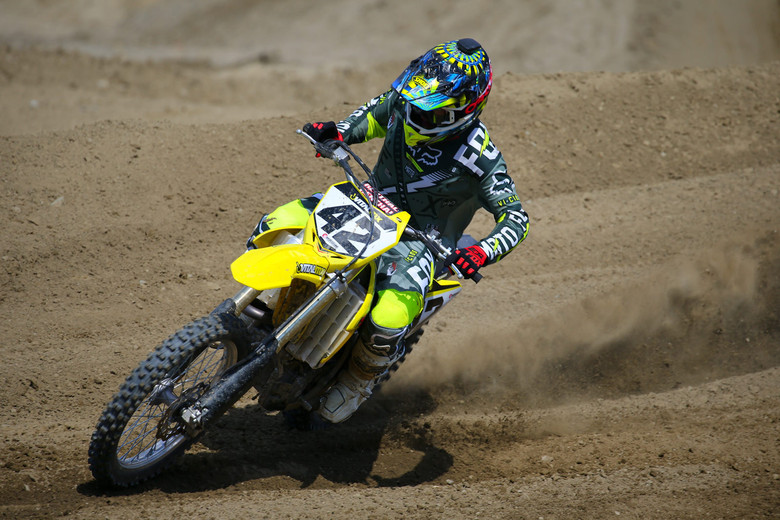 Really, my major complaint with this bike are the front forks. By the end of the day I had a decent setting, but no matter what we did I always felt that the front end would drop through the stroke a bit and deflect off chop. In the air fork era, the Suzuki really feels like it needs some help with the overall action.

In the engine department, things are pretty mellow for the most part. It makes decent power everywhere, but nothing that stands out and has me writing home about. By no means am I saying this bike can't get the job done for you, but in my case I'm going to spend my money on something that is changing and growing with the time, not on the bike that is staying the same. In retrospect, the RM-Z still holds a positive for the crowd just looking for a bike that makes them feel like a king on a corner track and won't wear them out before they get there.

As mentioned above, these opinions were taken from our 2016 450 Shootout. If you're interested in how it faired against the competition and how the other models performed, click here: 2016 Vital MX 450 Shootout. 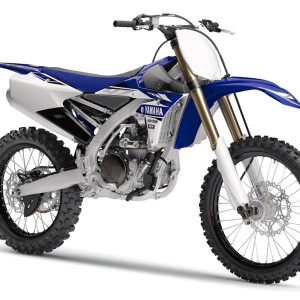 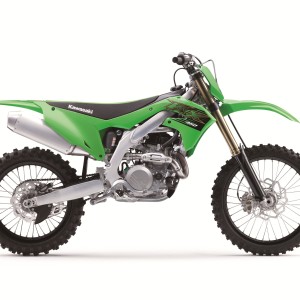 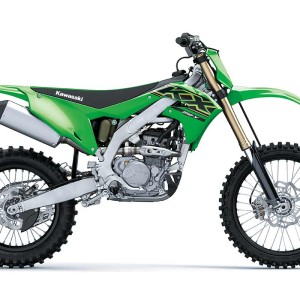 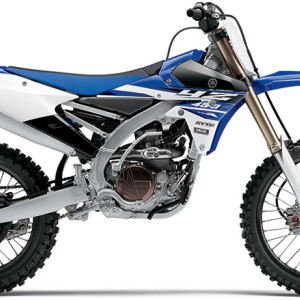 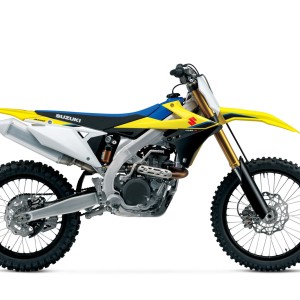 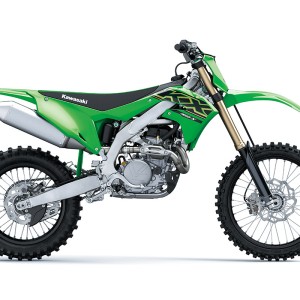 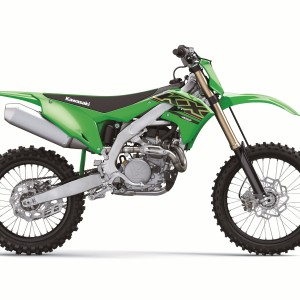 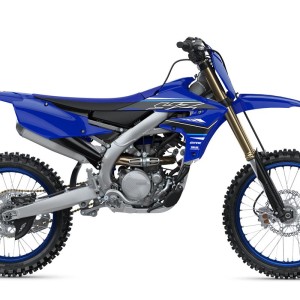