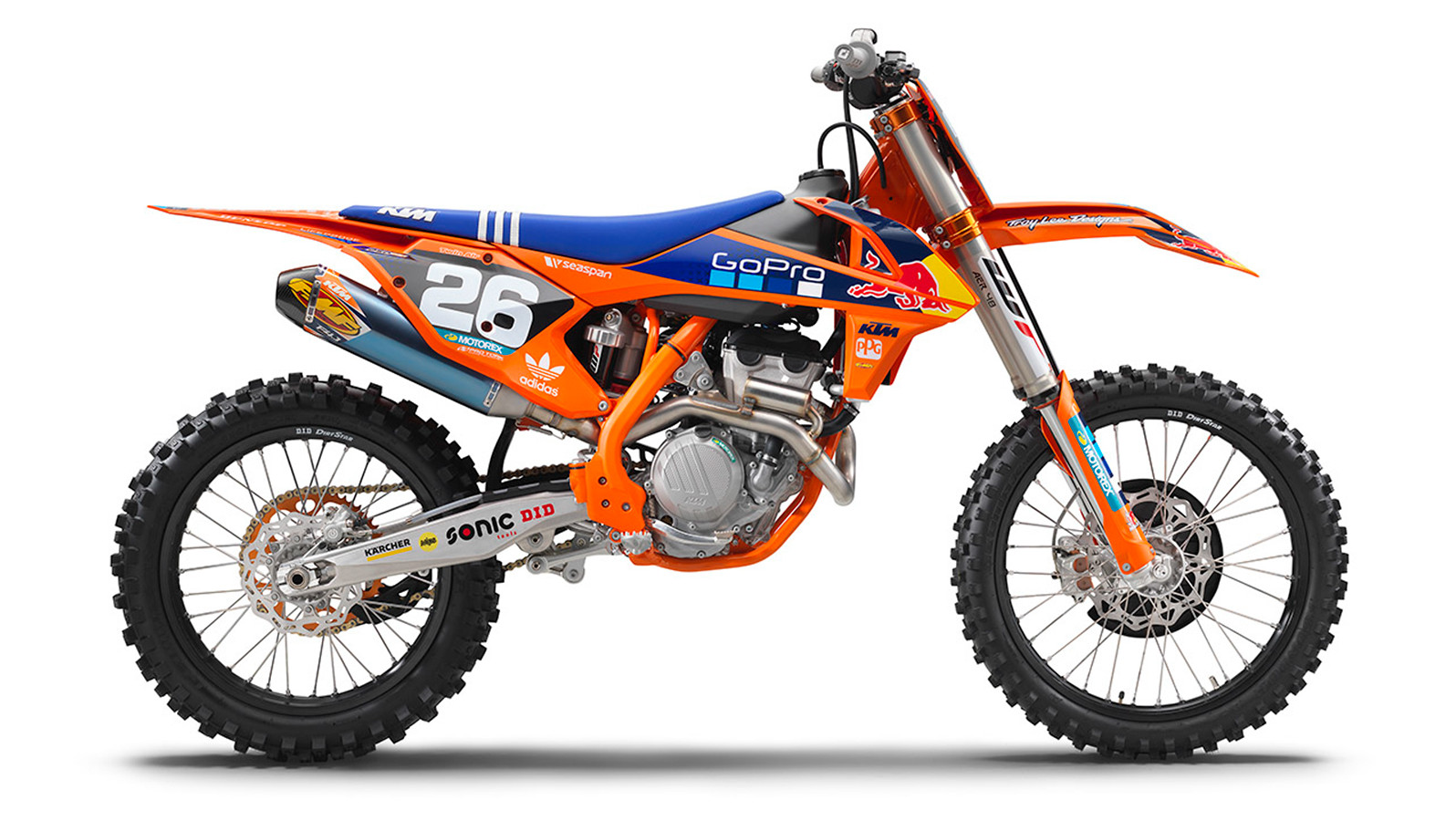 While at first the KTM Factory Editions seemed like an odd idea, year-after-year they continue to sell them and we continue to see them at the track. With this, naturally the 250 SX-F joined the fray a few years ago and now is modeled after the Troy Lee Designs KTM team. This year the bike features the usual orange frame, clamps, and sprockets...along with the team graphics kit and all-orange plastic that we usually see on this bike. Beyond that is some new suspension settings from the 17 production bike, front and rear, along with some hard parts updates in the fork. The overall goal was to make the bike more compliant, which offers some added comfort but also improved the traction, equaling more speed. Lastly, the 250 SX-F Factory Edition does have a slip on exhaust and since it's modeled after the TLD team, it naturally has a FMF 4.1 RCT titanium/carbon slip-on exhaust. KTM's stock headpipe is pretty hard to beat, but the FMF slip-on is definitely a bit lighter and helps the already screaming 250 SX-F run even better mid-to-top.

Being that the '17 production bike was the near-unanimous winner of our 2017 Shootout (click here for more on that, and to learn more about the standard KTM 250 SX-F), any improvement for the Factory Edition makes this an easy choice if you're looking for an amazing 250F out-of-the-box. The positives included the easiest and most widely accepted air fork on the market, and a rear shock that work when the going gets tough (or rough). As for the engine, it has the most horsepower out of all the production 250Fs and is pretty close when it comes to torque figures. From mid-to-top, this bike really, really pulls hard...now off-the-bottom it has some great strength but doesn't have the abrupt delivery that say the YZF has. While some might appreciate the smoother delivery, there's definitely people out there looking for some more snap. Starting with the 2016 FE version, the 250 SX-F switched to 14/51 gearing, compared the more average 13/48-50 you'd find on most 250Fs. This leads to a pretty quick fix if you're looking to move where those RPMs are when you climb on the throttle exiting a corner. With an extra tooth or two in the rear, you can definitely get more snap in second and third for certain sections, or go down a tooth or two if you're more of a first and second kind of person. This engine produces plenty of power, leaving you some wiggle room on where it needs to be.

As for the chassis, KTM's have slowly gotten less-and-less "different" to ride when compared to their Japanese brethren. The chromoly-steel chassis still has some unique characteristics compared to an aluminum frame bike, as it's definitely a joy to ride on hardpack as the way it flexes allows it to follow the ground in some situations you just don't always get from an aluminum frame. Now at times, I will admit it's different to grip with your legs and in the softest conditions I find places where some added stiffness could be beneficial. For the most part, though, I'll take the positives it offers over any drawbacks. Also on the positive list is the usual we list off, the electric start, hydraulic clutch, and Brembo brakes. While personally I'm not the largest fan of hydraulic clutches but the latest generation is definitely coming closer to the pull and modulation of a cable clutch, as for the electric start...once you've had one it's hard to go back. As for the brakes, people always ask me how the Brembo units are better? The various Nissin units can be strong, but the combination of piston sizes in the master cylinders and caliper seem to lack some of the modulation that's found with the Brembos. As I said the Nissins can be strong but they are a bit more "on-to-off" than the Brembos, which have more modulation. This means they're a bit more usable and can feel stronger, as it's a bit easier to bring them to the edge of their power...but without locking them up. Which as we all know, doesn't always ends the best, unless you're asking to end up on your face.

For some more feedback, if you haven't already, click play on the slideshow at the top of the article.

Review This Product
What do you think?
To add review, please join, log in or connect to Vital using your Facebook profile Login with Facebook.
Bikes 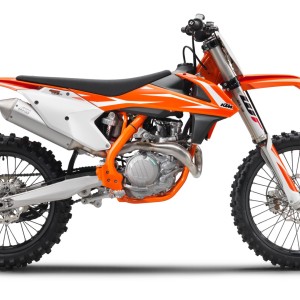 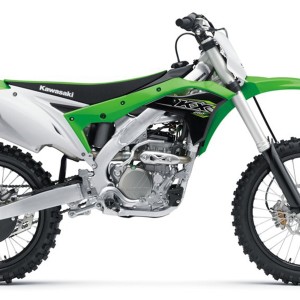 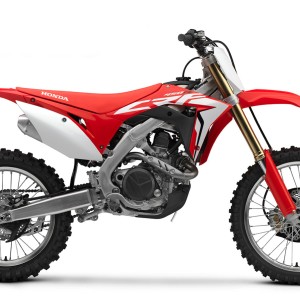 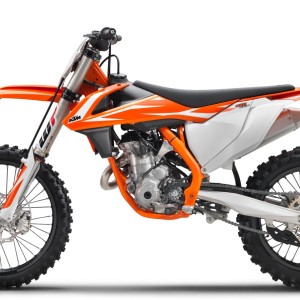 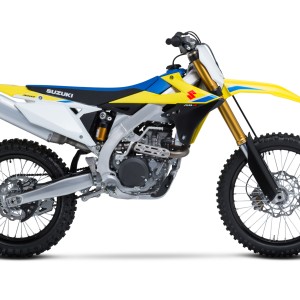 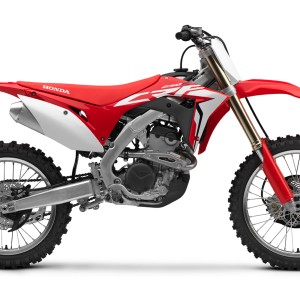 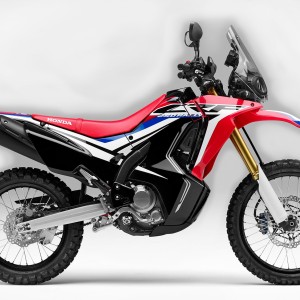 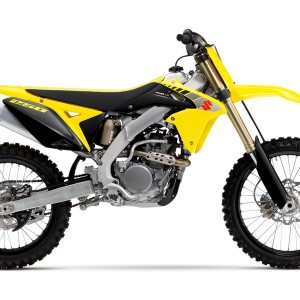