Houston, Texas (January 20, 2021) – For the second consecutive round, the Monster Energy Supercross, an FIM World Championship visited the NRG Stadium in Houston, Texas for Round 2 in front of a limited capacity crowd. Pirelli rider Justin Brayton piloted his Muc-Off Racing Honda to a podium finish in the star-studded 450SX Class. Brayton’s CRF450 relied on the performance of Pirelli’s SCORPION™ MX32™ Mid Soft 80/100-21 front and MX32 Mid Soft 120/90-19 rear tires equipped with standard tubes both front and rear. 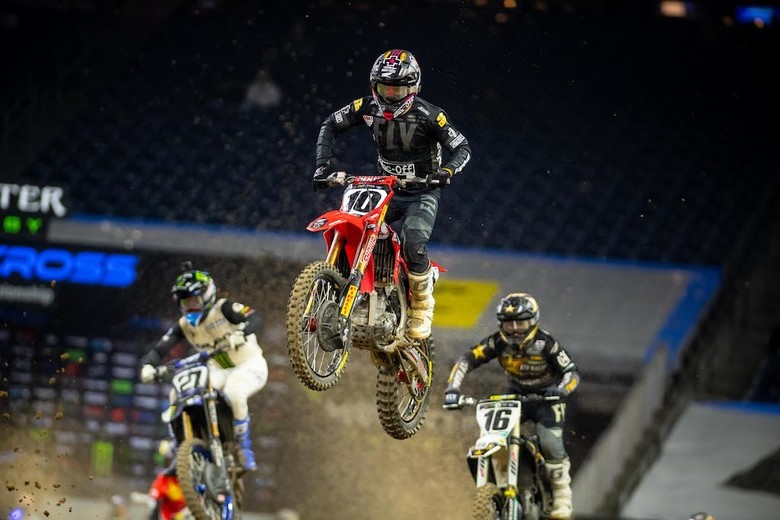 “These podiums are not easy to come by when you have 15 factory riders who are all capable of being on the podium in any given night,” said Brayton. “Our starts have been solid and our lap times are competitive. Pirelli are proving their place in this championship. We sit third in points following Round 2 and that’s a testament to the new Honda and our power partners, which include Pirelli and their SCORPION™ MX range.” 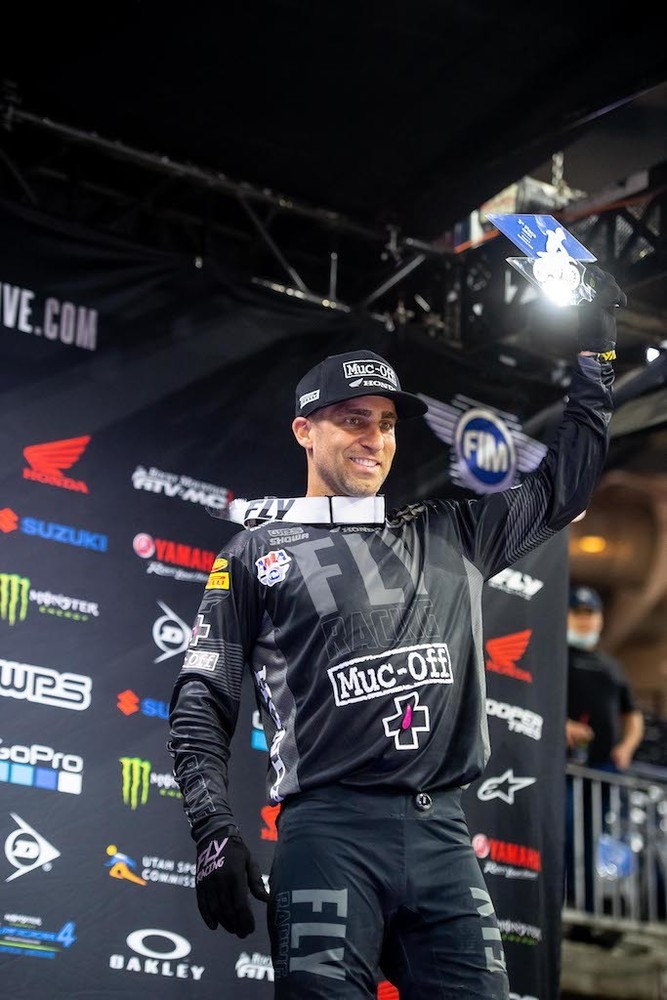 As the 450SX Class launched off of the starting gate and into the first turn, Brayton found himself off to another good start with his SCORPION™ MX tires and inside the top-five. He battled hard for position during the opening laps and eventually moved into a podium position on Lap 5.  Just a few laps later his relentless efforts saw him climb into the runner-up position. When the checkered flag waved, Brayton crossed the finish to take a hard-earned third place and was the top finishing Honda rider. The soon-to-be 37-year-old collected his ninth 450SX career podium. 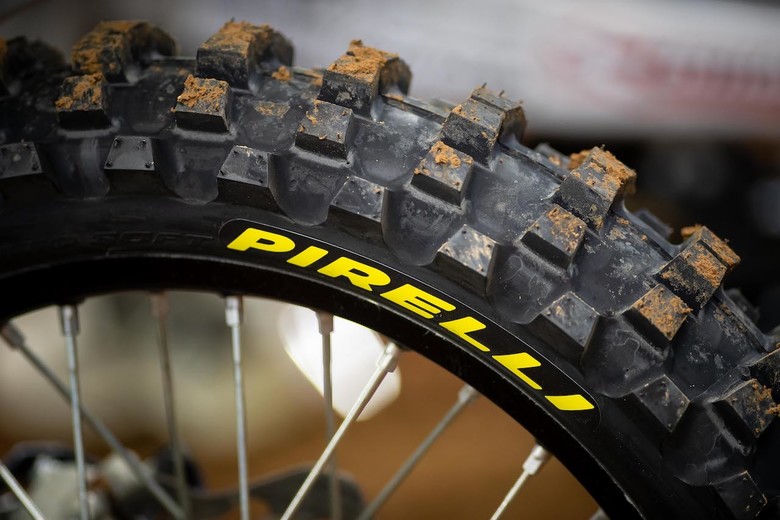 “It was incredible to watch Justin [Brayton] out there tonight and it feels great to get a podium so early in the season with the Muc-Off Honda Racing team,” said Nick Walton, off-road race manager, Pirelli. “From the minute we formed our new partnership this off-season, everyone on the team has been incredibly happy with the performance of our SCORPION™ MX tire range. Our goal was to bring the success we’ve had in the world championship over to the Monster Energy Supercross Championship. Our professional riders continue to race and develop the very same tires that anyone can purchase, which isn’t something offered by any other tire manufacturer’s. I think it shows just how capable our tire range is.” 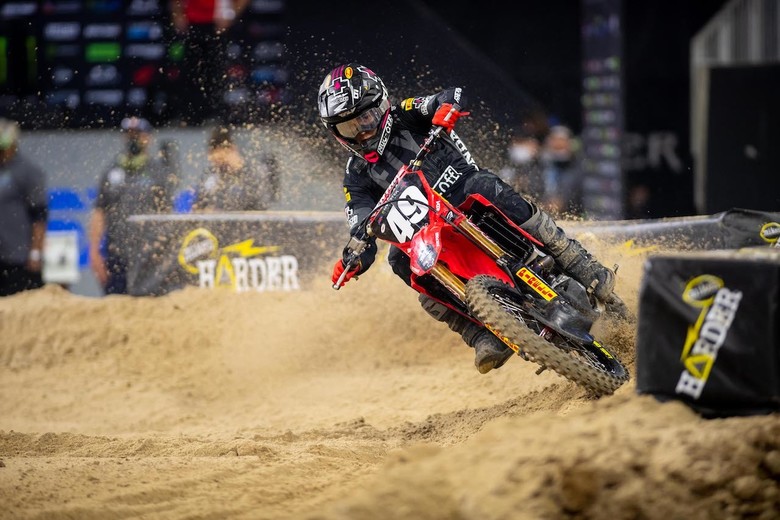 In the 250 SX Class, Muc-Off Racing Honda’s Mitchell Oldenburg found himself off to a strong start and charged to a seventh place finish at the end of the 15-minute-plus-one-lap race. BarX/Chaparral/Ecstar Suzuki Racing’s John Short narrowly missed out on a top-10 finish in 11th, just edging out fellow Pirelli riders Thomas Do and Jeremy Hand in 12th and 13th, respectively. Pirelli placed seven riders inside of the top-20 positions. 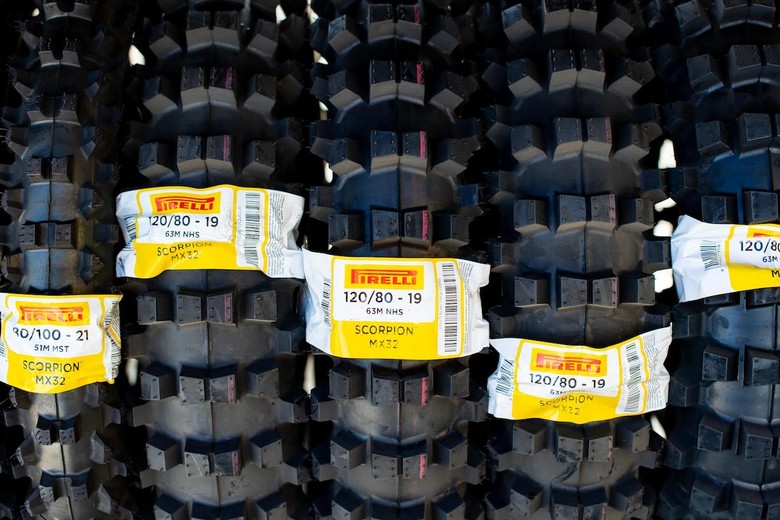 The Monster Energy Supercross Championship returns to action for Round 3 on Saturday, January 23, marking the third and final stop in Houston.

Pirelli was founded in Milan in 1872 and today stands as a global brand known for its cutting edge technology, high-end production excellence and passion for innovation that draws heavily on its Italian roots. With around 30,000 employees, Pirelli is a major player in the tire industry and the only global player focused solely on the consumer tire market, which includes tires for cars, motorcycles and bicycles. In particular, Pirelli is a global leader in the production of racing and high performance motorcycle tires both for on and off road applications. Pirelli has a long link with motorsport and the multitude of successes include a record of seventy-two world titles gained in the FIM Motocross World Championship thanks to the performance of its mx product range. In road-racing, since 2004 Pirelli has made the FIM Superbike World Championship for production-based motorcycles the ideal proving ground to develop not only the products used in competition, but also tires used daily by motorcyclists all over the world. Inspired by the philosophy now become a motto “We sell what we race, we race what we sell”, Pirelli has managed to bring to fruition all the experience acquired in this championship, applying some of the patents and materials developed for racing activity to the product portfolio dedicated to road use.