Your favorite SX/MX "I was there" experience

Atmosphere was awesome, bikes were awesome. Townley on the Phase Suzuki 125!

Certainly a special day, although I difficulty following all the great Aussie riders.
I must have walked a hundred miles around the track that day looking for the perfect vantage point..

DoctorJD wrote:
1990 Atlanta Supercross. I don't think the fans sat down the entire main, I know I didn't. Greatest SX race of all time IMO.

I was there. To much to actually watch. Action everywhere. It was a awesome start to a moto road trip with 4 teenagers from Ontario on the way to Florida. Those were the days!!
Graybeard 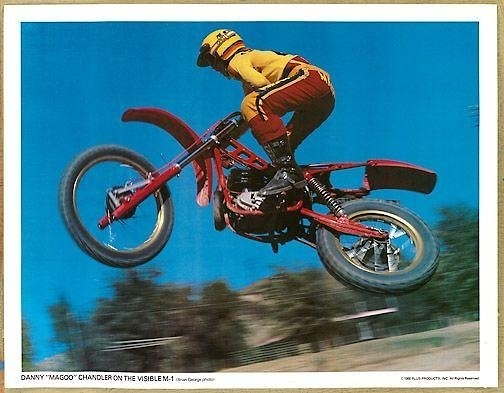 Refresh my memory....I believe that was taken at Indian Dunes. (the background sure looks like it)

Yeah, it was the International track. If you look at the cover of that month's magazine, Danny was on it, too. He hit the big jump out of the second turn from the side and pivoted the bike 180 in the air right off the top, like it was a bicycle, and somehow turned it, pointed it down and landed it. Very slow speed (for him) but amazing bike skills. He wasn't just crazy!
neysbo 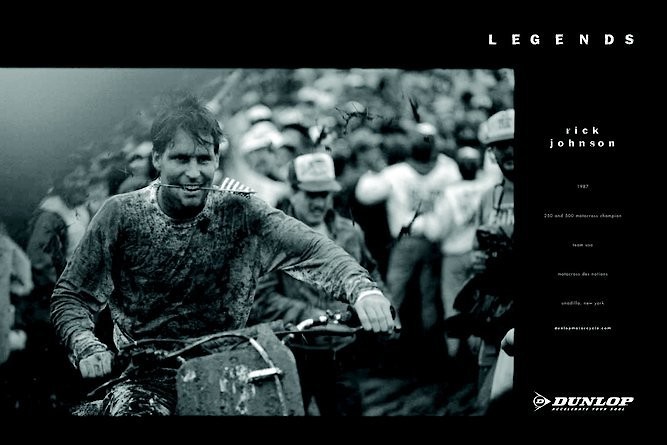 Next is Pala this year as I watched in person Chase win whose family is close friends for many years.

bd wrote:
Damn, I am fan of Eli but pulling for Chase (I bleed HRC red). I might go to Pala too...

I am planning to make it for Pala 2 , my son lives in SoCal and will be trying to qualify. Well as long as they both stay healthy either Eli or Chase should win the title.
Thor34103 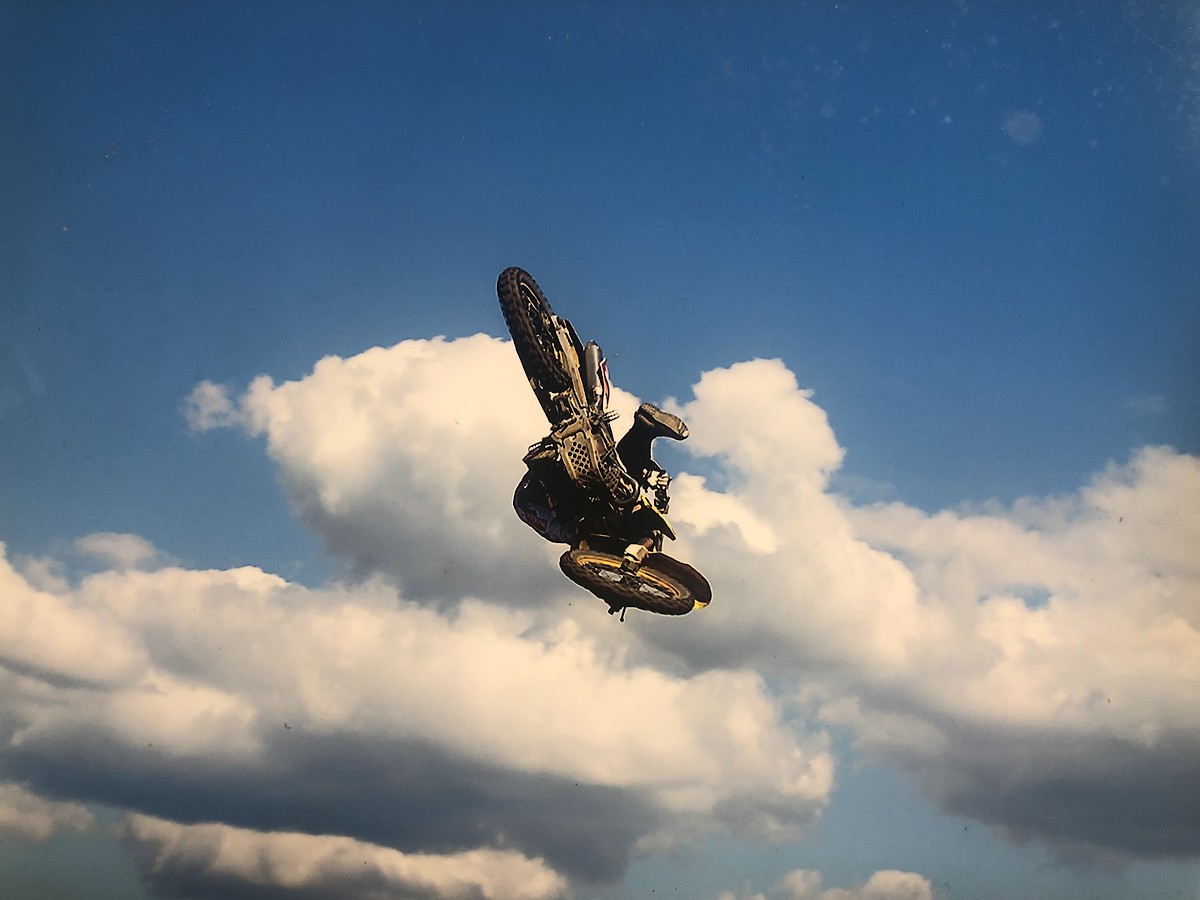 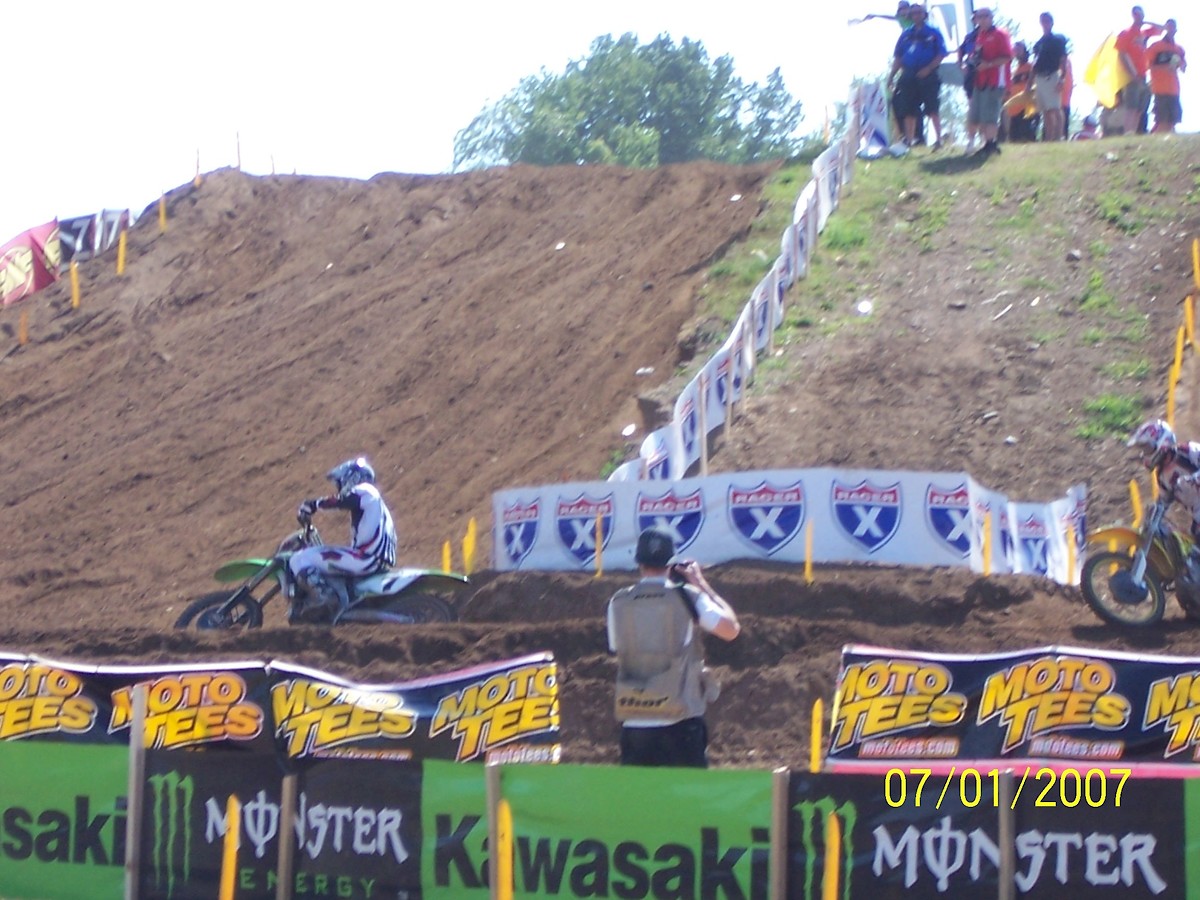 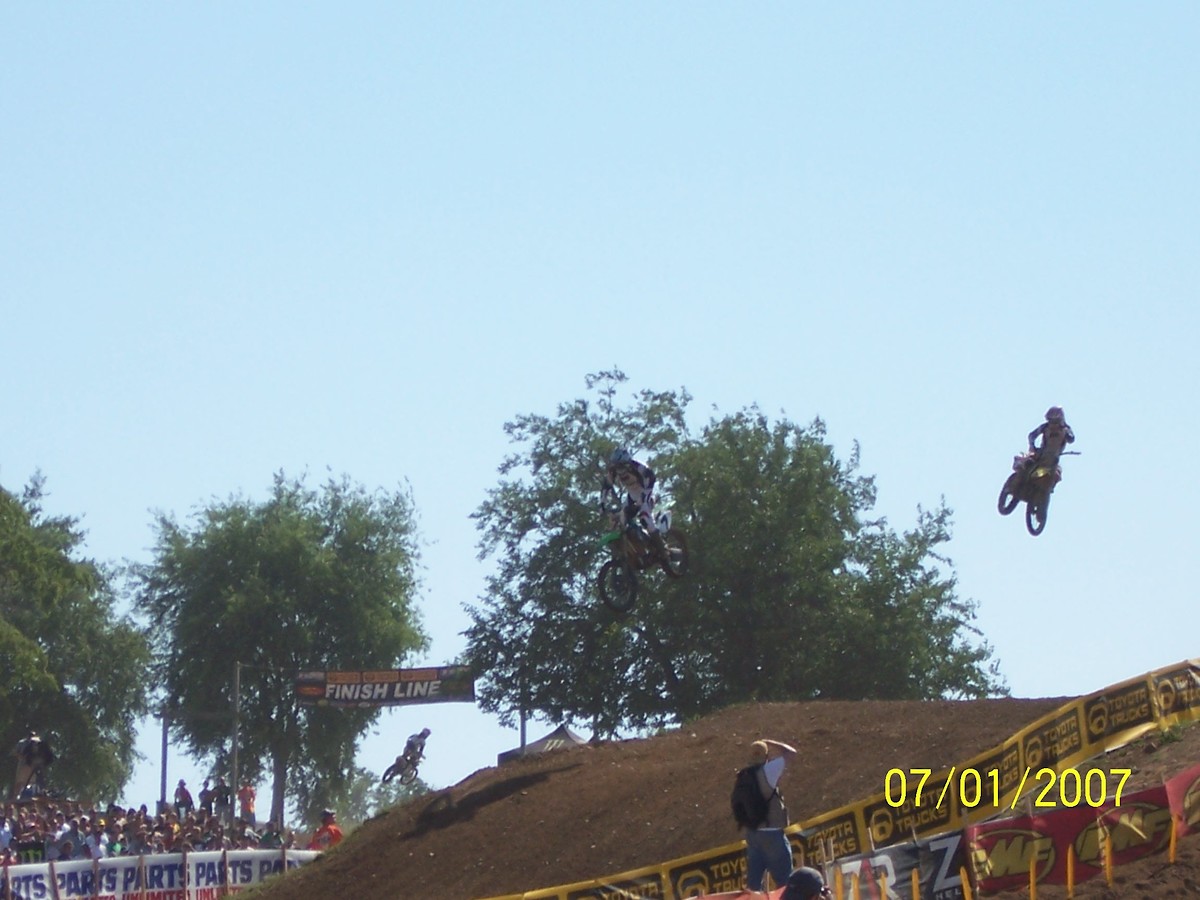 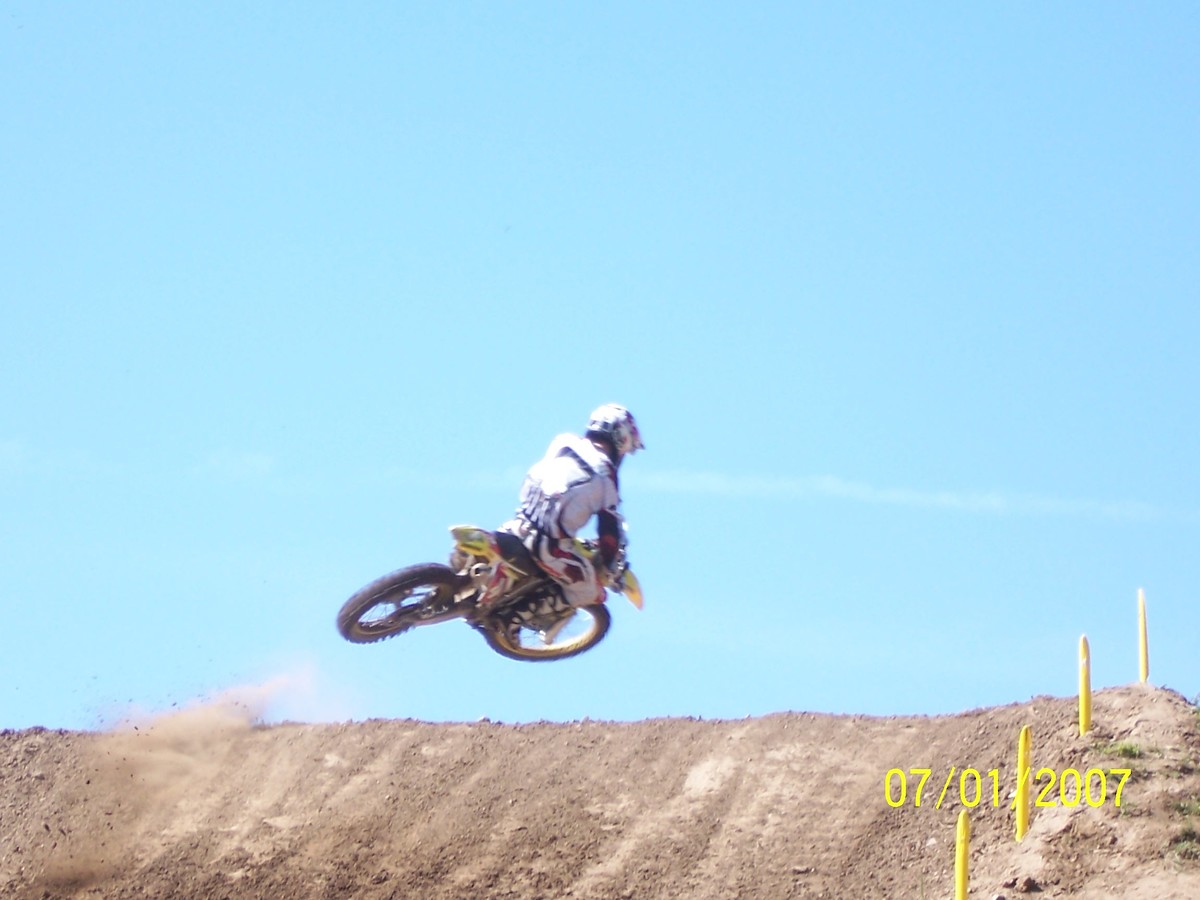 That one kind of makes me sick so my favorite moment was the last race at the Metrodome where Dungey and Villopoto were going at it. It was so loud in there! The cheers followed the racers like the wave. I couldn't talk for a week.

Maybe my second favorite race day of all time and for sure my favorite at Red Bud. RV and Townley were stupid fast that day as well. Actually James didn't get "spanked" and was possibly a couple laps away from taking the overall when he caught his front brake lever and handlebar on the inside embankment going through a deep rutted turn down in the valley on the south side. RC and Bubba had a duel that day that I will never forget. Here's moto 2. Check out the moment James has at 26:14 and then when he relinquishes the lead at 35:51.
Chris_Buehler

mxb2 wrote:
And i will add my southwick trip. When de reuver came over. 2008.

I'm glad you corrected him. James didn't get spanked
Kmiller125

Kmiller125 7/15/2022 5:56am
7/15/2022 5:56am
I have to with James Stewart’s 18th bday party at his compound in Haines city. We had become friends from a night out at Applebees, when he invited us we didn’t think much of it but when we walked up there was RC on the back of his truck smashing beers. I spent most my night with him and carried him all around the party (he had just had knee surgery). Him and I both got in trouble with our wives when they caught us in the stripper room with David Banner and lil Flip. Was the best night of my life at that point. 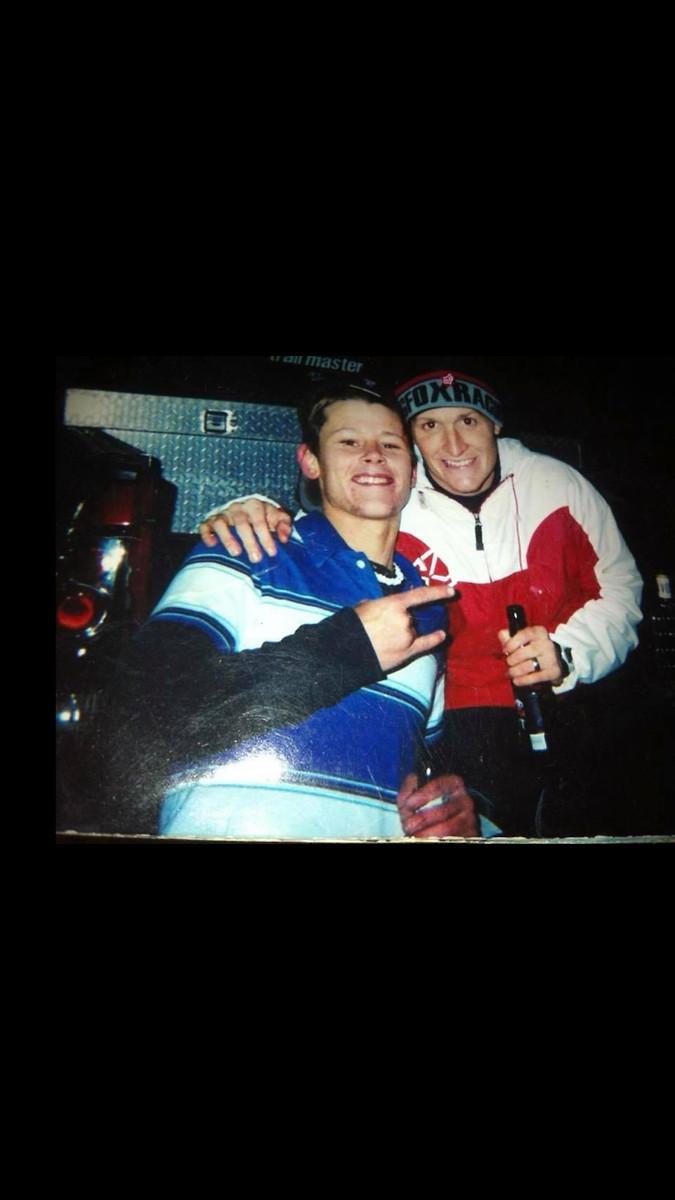 The Bad:
I saw Doug launch off Henry Hill in 95. We went to the Honda pits for an update and I was standing next to Art Eckman as he interviewed Jeremy McGrath for Motoworld.
JeffGuckenberg

Windham's 2nd moto holeshot at Unadilla was probably my favorite pro MX moment to see in person though. The place went insane.

I just missed Fro's moment at St Louis '96...
I was doing an event in the attached expo center, but had to fly home Saturday for a wedding after we had the lighting rig flown. The union stagehands working with me kept bringing me over to watch the track build Thursday & Friday. Emig & Hughes were there early doing testing, and I had a feeling MC was going to have a fight that weekend.
The wedding sucked, and I'm still bummed I missed that race.
motomike137

motomike137 7/15/2022 7:47am
7/15/2022 7:47am
So the top step of my "I was there podium" is the 87 MXdN, second for me is Red Bud 07 and third is a tie between the 1974 Inter-Am at Delta Ohio (first pro race I ever witnessed) and the 1975 Trans Am at Red Bud. At the Inter Am I got my first live glimpse of guys I had only read about in MXA and Dirt Bike. Distefano, Weinert, Tripes, Ellis, Jones and Hartwig were there that day. Mike Hartwig was like a 70's version of Tomac, he went beast mode that day in at least one of the motos. The 75 Trans Am race was my first glimpse of some of the GP stars. It was the one and only time I got to see Roger race. Gerrit Wolsink actually won that day and If I recall Pomeroy and Lackey were among the contingent. 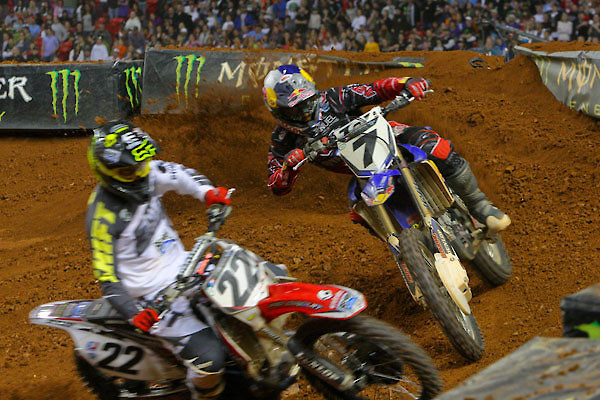 We were standing 10 feet away when MA800 stood on Tedesco's front wheel at Glen Helen. Not the greatest MX moment we've personally witnessed by a longshot, but that one was the closest to us and made us laugh for years

motodad312 7/15/2022 10:40am
7/15/2022 10:40am
This won't resonate with most but since you asked (and since you're from Ohio) - back when I was a young teenager (I'm 52 now), Keith Bowen came down from Michigan and showed up at Malvern Raceway in Ohio. He and Freddy Andrews (had a brief career in MX but much more success in GNCC and had FAR racing for a while) had a battle that, not only will I never forget, but I can say for me, was the best race (pro or amateur) I have ever witnessed.
peelout

Stewart/Carmichael dueling in both motos at Washougal in 06

Reed taking out Stewart in the last lap at the Atlanta SX in 11. The whole crowd was going nuts. 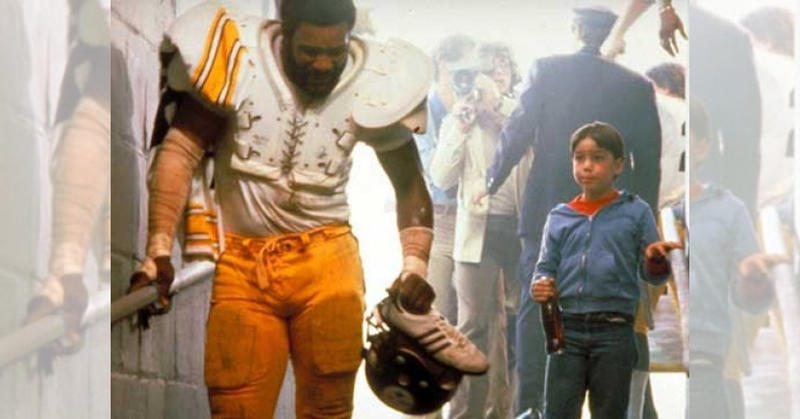 -Jaroslav Falta Winning the 1974 Super Bowl of Motocross, I ran on the track to get banners, I was 6.
-1975 Trans AMA at Saddleback MX track, sadly it was also the day Jim West passed, my brother and I talked to him for a brief moment that day.
-USGP at Carlsbad, the wet day Danny Magoo Chandler put a whooping on the field, 1982.
-Was at (1983?) Saddleback when Johnny O'Mara and Jeff Ward battled and the infamous "Who took who out" at the bottom of suicide mountain (out of view of most spectators.)
-Working at FMF, we (not me) smuggled the first aluminum frame CR250R from Japan before any of the magazines had the bike for a Dirt Rider story. The stuffed the parts in suitcases and carried the engine and wheels as carry-on luggage.
-I was on the floor and saw Shane Trittler crash, do a front flip and land on the back of Damon Huffman's bike riding double.
-Was on the floor when Brian Deegan ghost rode his bike after winning the 125 main event, I did not get the photo, was on the wrong side and was too in shock what was happening.
-Was at the Gravity Games when Travis Pastrana and Mike Metzger did the first backflips in competition. Before the end of practice, they already looked too easy and almost got boring.
-Flew to Japan for one day to shoot Sebastian Tortelli riding the first Honda CRF450R at a Japanese National. Flew home the next day and put it on the cover of Dirt Rider.
-Was there when a large drone blade hit Brian Deegan’s shoulder during a pre-Gravity games photo shoot and saw the Metal Mulita star screaming in tears before he realized the injury was not as bad as expected.
-Raced Jeremy McGrath in 1987 and beat him one time in the C class at Ascot in one moto. He spanked me the second moto. I never came close to his rear tire ever again-LOL.

This is just a few 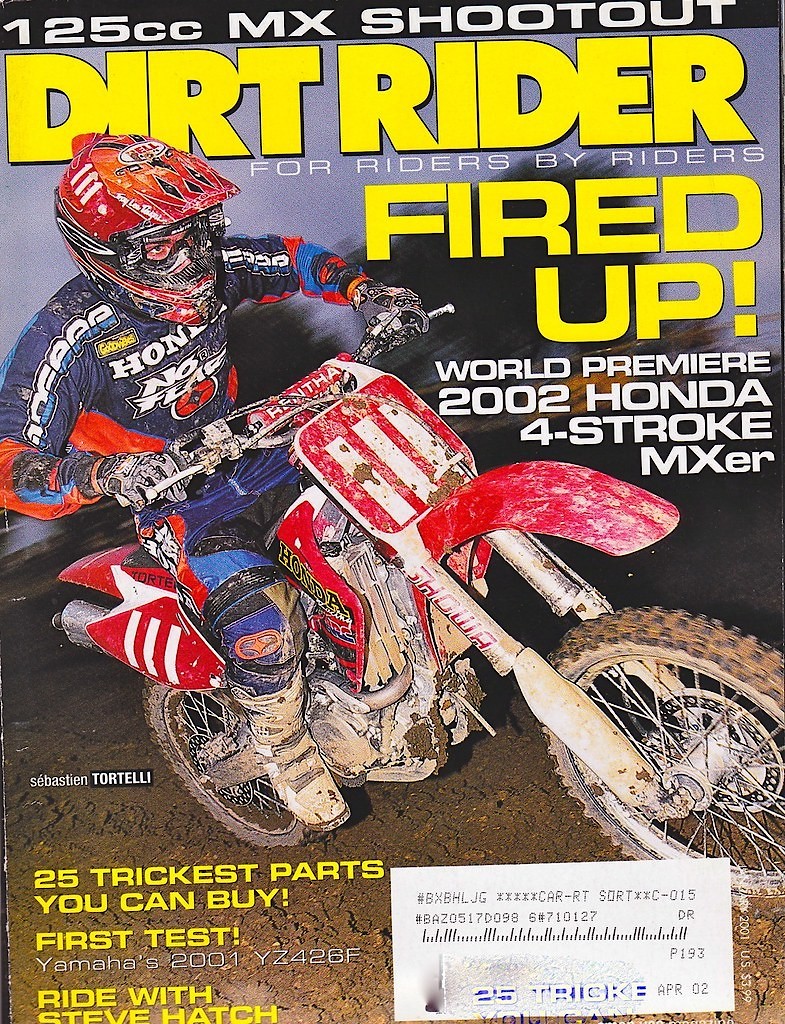 When my son was young we were at a Glen Helen national. It was one of the years they had the giant triple step up to the REM track. A guy came up short and wadded it hard, he and bike cartwheeled and came to a stop right next to my son and I. He was dazed and knocked silly but ok, the bike was all bent up. When he got up to walk away my son goes "Can I have your goggles" ? The guy was like "Huh ? what.... eerr oh hey kid uuuuhh ... yeah sure, here ya go" and he handed him his pink pair of goggles. My son wore them for years. That guy made my kids day and he probably doesn't even remember it

Post a reply to: Your favorite SX/MX "I was there" experience